So, as promised, here are ten books that I read during the 1980s that for one reason or other have stuck with me to the present. (Note that I read them in that decade, not that they were necessarily published in that decade.) They’re not necessarily the best books I read in the 80s. They’re not necessarily ones I would recommend you read. Some of them I’ve not even read since, so I’m writing about my possibly rose-tinted recollection of them rather than the reality. And there were, of course, so many, many others from about the same time, all with a various impact, far too many to mention in the space and time available. 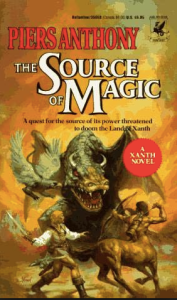 Piers Anthony – “The Source of Magic”

Oh crikey, it’s a Piers Anthony book. You may snurk, but actually I read of lot of Piers Anthony in the 1980s. There were certainly a lot of his books and series around: Macroscope, Chthon, Pthor, the Battle Circle trilogy, the Manta trilogy, the Kirlian Quest series, the Apprentice Adept series, etc…. the guy’s nothing if not prolific.

In time honoured tradition I began his Xanth trilogy (yes, it was a trilogy, back then) with its second instalment. I loved “The Source of Magic” — a quest to find the source of magic itself! I loved “Source”‘s posse of goofy characters, the world building, yes I even loved the punnery. Hey. I was 12. 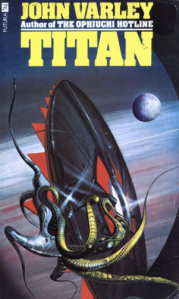 Now we’re getting into my tweenage years and beyond. I’d graduated from the local high street’s W. H. Smith’s SF, F & H section to that hardcore genre stalwart, Andromeda, situated in its early years in the shady part of Birmingham town centre, sandwiched between a porn shop and a bookies. And here at last I found I could buy copies of Analog, Asimov’s, F&SF, etc. Holdstock’s Encyclopedia of SF had already pointed me towards Varley’s first novel “The Ophuichi Hotline” but, as with GRRM’s writing, I was drawn to Varley primarily through his short fiction: “Overdrawn at the Memory Bank”, “Air Raid”, “Press Enter” and other such classics. It was in the pages of Analog, in fact, that I read the first chapters of “Titan”, then waited impatiently for the book: another quest plot, a climb from the perimeter of a colossal structure towards its centre in a search of salvation and answers. Unfortunately, now that probes and Hubble have resolved the titular moon in more detail, the novel’s central conceit has dated fatally. But I still remember “Titan” and its sequels fondly. 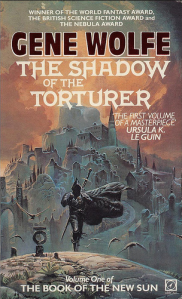 Gene Wolfe – “The Shadow of the Torturer”

I learnt of “The Shadow of the Torturer” (the first volume in the classic tetralogy known collectively as “The Book of the New Sun”) via an Arrow book marketing mail shot. And Bruce Pennington’s cover immediately sold it to me: the archetypal man in hood artwork, available as a poster that I immediately sent off for. Other boys my age had photos of footballers or pop stars adorning their bedroom walls — I had this cover. Severian’s journey isn’t as straightforward a read as that epic fantasy cover may suggest — it was something of a shock to deal with Gene Wolfe’s uncompromising show-never-tell prose and stories within stories, layers within layers, the future and the past interleaved. On finishing “Torturer” I thought — what the hell just happened? The next three books received the same reaction. And I still feel the same way. Surely the sign of a classic, no? 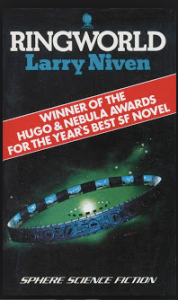 “Protector”, “A Gift From Earth”, “Neutron Star”, “The World of Ptaavs”…drawn in by the lush Orbit paperback covers and all eminently collectable, “Ringworld” was by no means my first Niven. Not just his novels, but his short stories abounded too (“Inconstant Moon” is a classic). But I guess it’s inevitable “Ringworld” has to be the one entry to represent his work: probably his best known novel, a prime example of the Big Dumb Object story (see also “Rendezvous With Rama” from Acceptable In The 1970s, “Orbitsville” by Bob Shaw, “Eon” by Greg Bear, etc.). I remember precious little of the characters, even much of the plot (such as it was), but the technology and the mind-bending sensawunda remain. Shame about the cover, though. 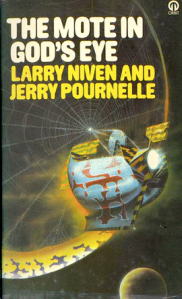 Continuing with the hard SF kick we segue into borderline military SF, with Niven the gateway drug to Pournelle.

“The Mote In God’s Eye”, with it portentous Biblical title, positively glows with sensawunda and the full-on joy of discovery as it explores the well-worn trope of the principled scientist types versus the grizzled military hardliners. I actually do remember something about the characters here, so it’s not all spaceships, aliens and dry exposition (although there is some of that). The surprise, at the end, is that “Mote” subverts the expectation of most (left-leaning liberal type, like me) readers — the alien Moaties actually do turn out to be a threat to humankind, though more subtle than imagined. Perhaps that’s why — along with its kick-ass title — it continues to remain so popular. 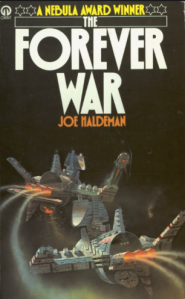 I needed an antidote to all this tech-driven gung-ho SF – the next two entries provided it.

“The Forever War” is unambiguous as to who is at fault in the war between humans and the Taurans. We are — specifically the aged Vietnam vet generals who plunge the two species into conflict with their presumption of alien hostility and their “shoot first, ask questions later” attitude. The book is highly episodic (it was originally published as a series of instalments in Analog), but that suits the time-warped nature of the war as the protagonist finds himself jumping through centuries of elapsed Earth time due to the relativistic effects of space travel. Haldeman’s own wartime experiences obviously inform the portrayal of the ambiguous, ridiculous, cruel and often unintended consequences of war, lending it a rare feeling of authenticity. As with other authors in this list, Haldeman’s short stories are also excellent, and his second novel “Mindbridge”, which experimented with form and narrative structure, was also hugely influential. 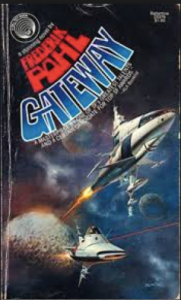 Again sensawunda and the sense of scale in time and space, of discovery, abounds, but so does the grit and the experimentation with structure and chronology. The narrator struggles with post traumatic survivor guilt as he recounts how he and his crewmates risked their lives on board the ancient alien ships launched from the Gateway asteroid to predetermined but unknown and very possibly dangerous distant locations, hunting for alien Heechee artefacts.

The later sequels reveal too much about the Heechee and deflate the initial premise, but that doesn’t change the fact that “Gateway” was a genre game-changer.

Right then, so that’s half of my ten from the 80s. So far it looks pretty white, American, and male. Will Part 2 be any better? Tune in to see. 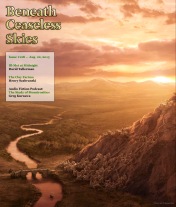 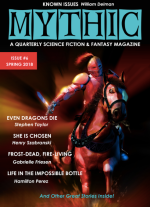 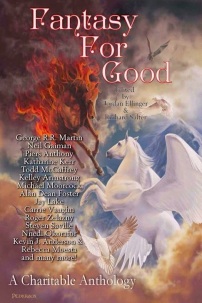 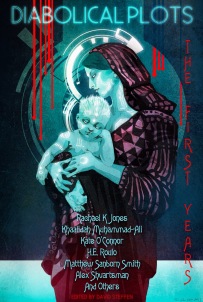 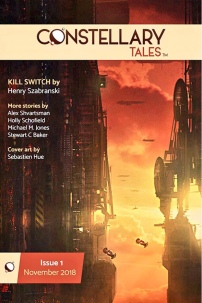 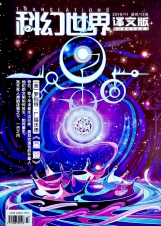 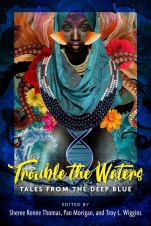 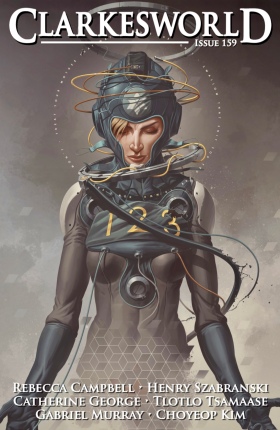 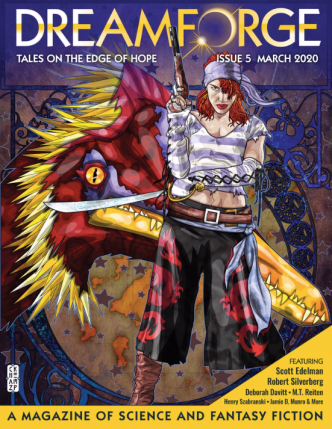